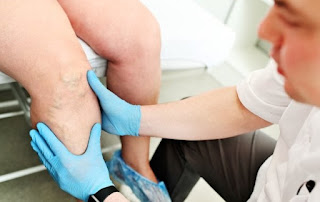 A milestone report has spotlighted a condition escaping close attention yet killing more people in the US and Europe annually than AIDS, breast cancer, prostate cancer, and road accidents combined.

Thrombosis occurs when blood clots block veins or arteries, with symptoms including pain and swelling in one leg, chest pain, or numbness to one side of the body. Complications can lead to a stroke, heart attack and death.

The thrombosis market has quietly gathered momentum behind COVID-19’s domination of headlines, as shown by a 2021 Data Bridge Market Research forecast that thrombosis treatments would be worth almost $17 billion globally by 2028, growing at a CAGR of 8.59%.

The DelveInsight report named a pioneering drug company in its findings, Silicon Valley-based Verseon, which is using its proprietary AI and advanced computational drug discovery platform to develop cardiovascular treatments alongside seven other drug candidates it aims to bring to market soon, including an oral drug targeting all COVID-19 variants and other coronaviruses at source.

Adityo Prakesh, CEO at Verseon, in Fremont, California said thrombosis in all its forms had been hiding in plain sight for decades:

“Thrombosis poses a serious risk of stroke and heart attack to over 400 million people with cardiovascular disease worldwide. But finding anti-thrombotic drugs with a very low bleeding risk and safe for long-term use remains a challenge for the rest of the industry.

“However, our PROAC (precision oral anticoagulant) candidates promise to provide a safe long-term therapy option for cardiovascular patients, and we are excited that DelveInsight has raised awareness of our programs in its report.”

Verseon’s Chief Science Officer David Kita added: “Our PROACs work by a different mechanism of action from any other marketed anticoagulant.

“They prevent undesired blood clot formation, yet also preserve hemostasis (blood flow) and promise a dramatically reduced bleeding risk. They have the potential to change the standard of care for millions of patients with thrombosis-related disorders.”

Verseon’s claims have been endorsed by a globally renowned expert, John Deanfield, Professor of Cardiology at University College London – who famously coined the health concept 'invest in your arteries'.

And up to 60 percent of VTE cases occur during or after hospitalization, making it a leading preventable cause of hospital death.

Delvelnsight’s Venous Thromboembolism Market Insights, Epidemiology, and Market Forecast-2032 is intended to be a game-changing insight into historical and forecast analysis of VTE’s distribution, patterns, and causes as well as market trends in the US, EU5 (Germany, Spain, Italy, France, and UK) and Japan.

It says market change and growth is inevitable due to emerging therapies from Verseon and the other companies named: Bayer and Bayer/Ionis, Bristol-Myers Squibb/Janssen, Quercis Pharma, and Ono.